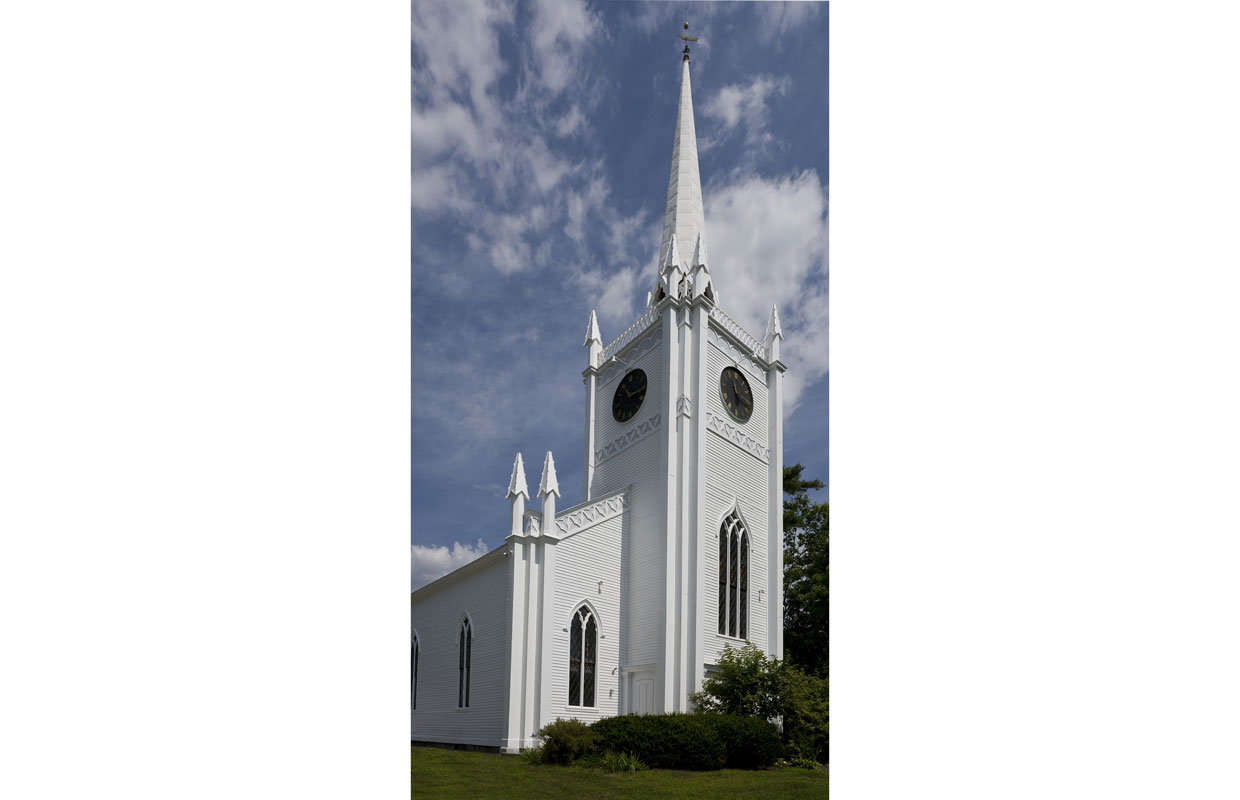 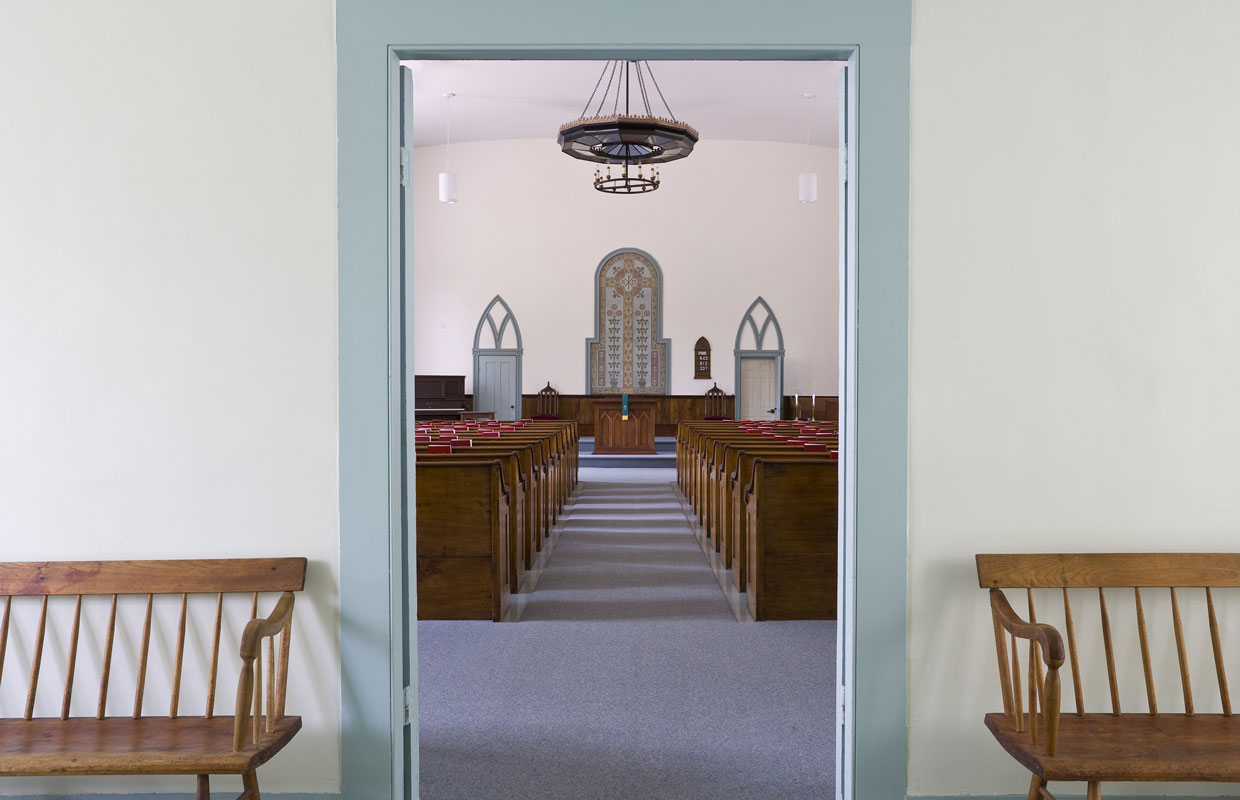 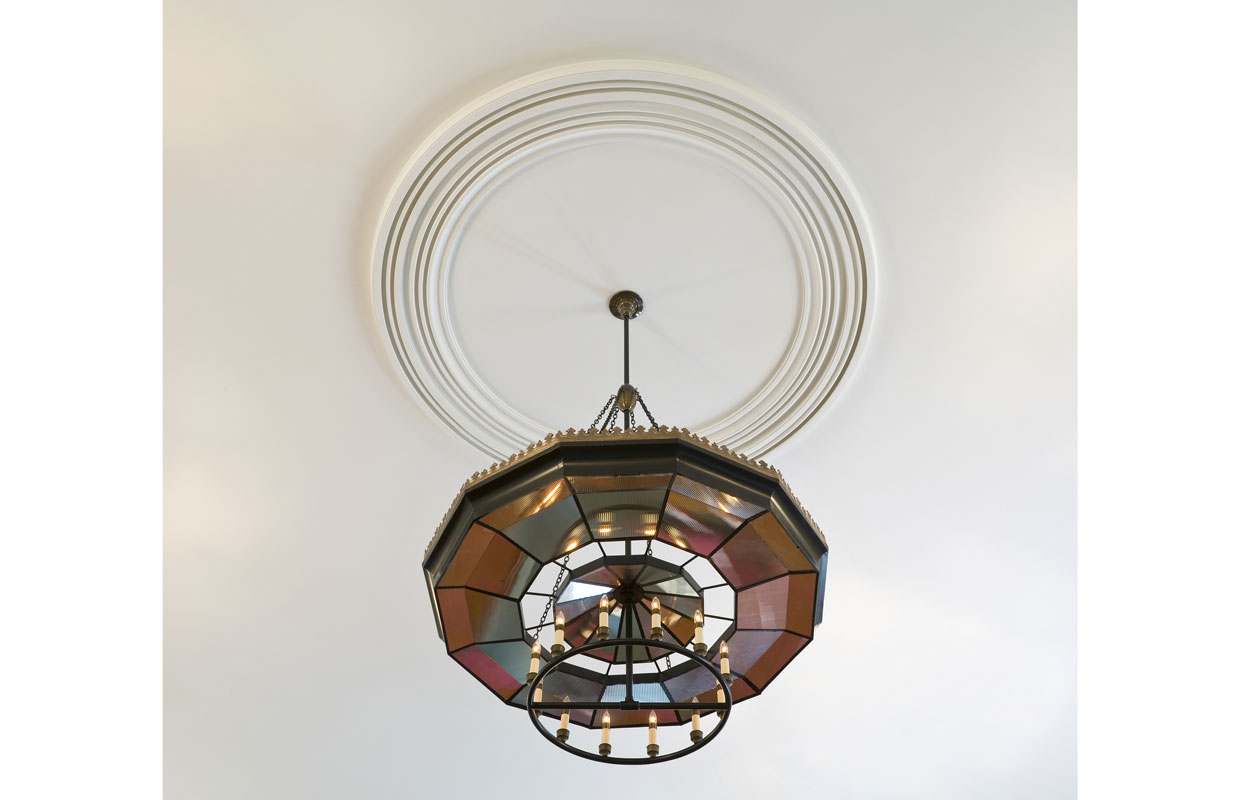 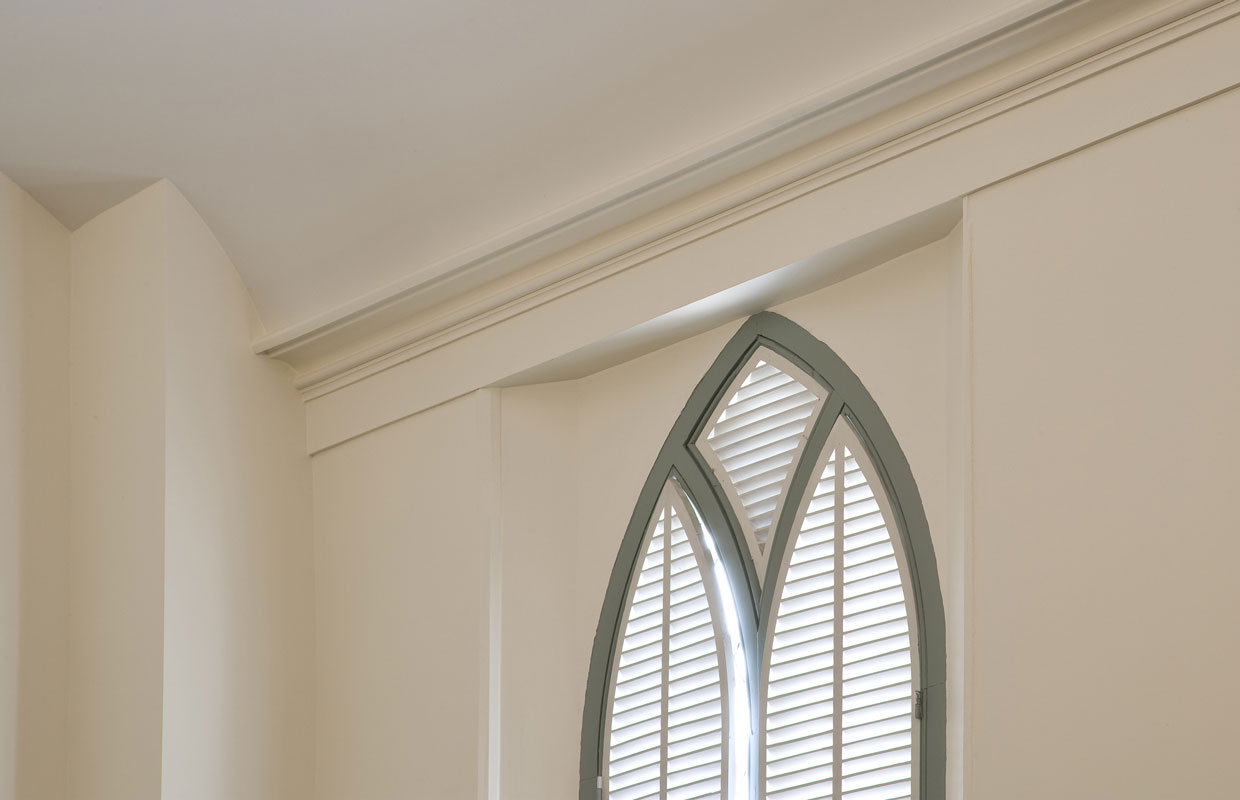 Shortly after an intense thunderstorm, the entire sanctuary ceiling of this 1854 wooden Gothic church collapsed. Working closely with the Building Committee, a series of projects were identified to restore the historic structure and finishes, as well as to improve the function of the sanctuary for the current congregation. The restoration of the ceiling recreated the curved profile and plaster surface. Moldings were derived from salvaged fragments and finishes were refreshed throughout the space. Remnants of the original chandelier were discovered, restored and returned to the sanctuary. New lighting and sound systems subtly updated the sanctuary. The assessment of the building discovered significant rot in the post and beam structure of the front facade and tower. This was repaired, roof flashings were reconfigured and the decorative trim restored.